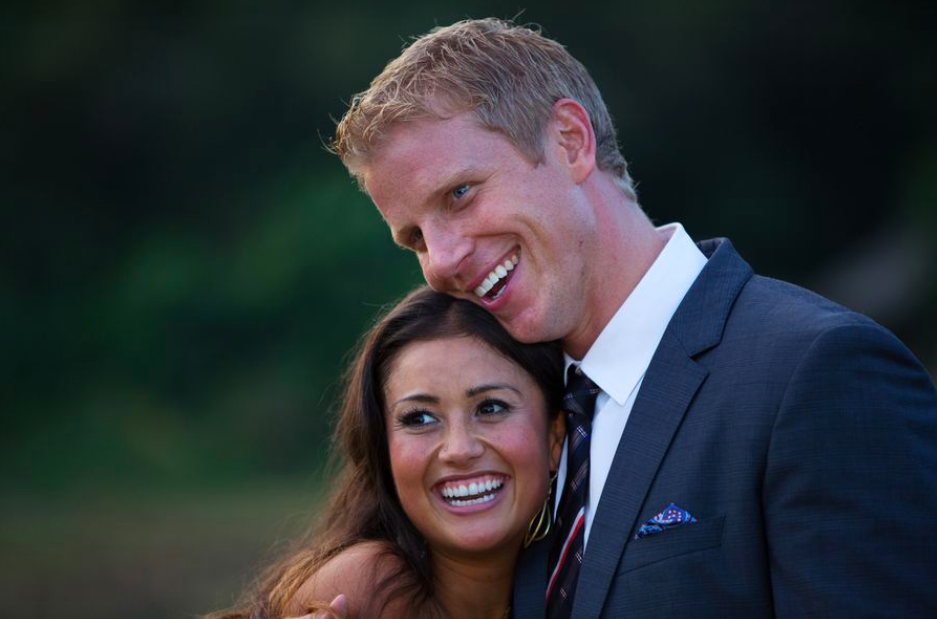 The year was 2013. Vines were filled with people Harlem Shak-ing. North West was no longer just a direction. The “Red Wedding” broke the interwebs. And Sean Lowe was introduced as the main event to season 17 of The Bachelor.

ABCs decision to air old episodes of previous seasons is an interesting one. Squishing twenty hours worth of journeying to find love into a succinct three hour snippet is a bold move. Not only do we get the quirkiest and most dramatic highlights in one neat little package, but we also learn that a regular season could be edited to the same timeframe as a reunion lunch with the college roommate you haven’t seen in five years.

If you’re interested in reading Sean Lowe’s season, click HERE to get started. Otherwise, join me as I walk down Memory Lane, showcasing the memorable moments from Monday night’s highlight reel!

Sean and Sarah are on top of a skyscraper. They are strapped into harnesses, given dorky helmet cams, and barked the instruction to leap off the building where they will free fall for thirty-five floors.

No big deal. It’s like the egg drop experiment you had to do in sixth grade physical science class. Except with people.

As you may have guessed, taking the plunge is a bonding experience that gives them confidence in their budding relationship.

Sean gives Sarah a rose even after she tells a sad story in her slow talking Valley Girl accent that she didn’t get to go zip lining one time with her dad because the law said disabled people weren’t allowed. Sean was mortified. So was I. She appreciates his distaste and says that she is glad to know that if he had been there, he would have stood up for her.

Sean responded by using the words “protect, guard, and heart.” My skin crawled a little bit as I feared he would run out and ruin that perfect chest by getting an S+S = love tattoo.

Do you remember Desiree’s striking resemblance to Joey Potter from TV’s beloved ’90s cult favorite Dawson’s Creek? Most of the time I hear Paula Cole’s whining theme when she comes on the screen and all I can do is whine along that I don’t want to wait for our lives to be over. Will it be yes? Or will it be sorry?

What you can’t forget is Des’ brother Nate who was allegedly asked to join the hometown date after signing a waiver to give Sean a hard time on television. And that’s exactly what he did.

But he did it in a way completely thumbing his nose at the entire crazy process, figuratively demanding that everyone involved take a moment stop and really assess the ridiculousness of the scenario. He didn’t apologize for asking hard questions because he thinks what his sister is doing is stupid and he’s annoyed at his parents for getting sucked in too.

It turns out, Sean couldn’t handle the family dynamic and sends Des packing right after this incident. But luckily for her, she was chosen as the next bachelorette! And after her first love leaves the show (Brooks), she looks to her number two guy (Chris) and chooses to live happily ever after with him and their two kids.

Sean and spunky Lesley vie for a position as one half of the couple who holds the longest on-screen kiss. Therefore, we have to watch the love birds make out for three minutes and sixteen seconds.

To spice it up, ABC gives us three different angles marking the record-breaking event. We see their lips up close in camera one, Baby Harrison masterfully working the crowd in camera two, and a wide shot of the couple in camera three. After taking the obligatory eighth-grade dance stance, Sean and Lesley mug down with passion, but by minute one, they resort to just pressing their lips together.

Kissing is hard, y’all. And trying to keep your shorty dress down over your money maker while making out with a boy for three-plus minutes is even harder. Whatever. THEY BREAK THE RECORD! CONFETTI CANNONS IGNITE! Celebrate good times. Come on.

Our villain Tierra is “fustrated” that she has to “chaperone” so many group dates. The girls nickname her Tierrable. I thought Sean’s white hoodie was equally tierrable, but memories of what lies underneath flash through my mind and all is forgiven.

Producers make Sean and the girls participate in a Polar Bear Challenge where they jump in ice cold water. Gorgeous Selma refuses to put her life at risk and generously reapplies a coat of Chapstick. Spunky Lesley believes hypothermia is totally worth a rose, first-runner-up Lindsay braids her bangs, and Old Lady AshLee tries to organize her emotions to portray anything but sheer terror. Six of the seven go in. One of the six is rushed to the hospital.

Tierra is several shades of blue. The situation has turned serious. We know this because ABC is now full-blown Blair Witch filming. Tin foil blankets are ripped from the shaking clutches of the other girls, Wendy the medic is shouting orders left and right, and Cliff the lifeguard is in shock since he’s just a kid from Banff JuCo who hasn’t technically logged enough saving hours to merit lifeguard status, eh?

Tierra is given a wheelchair, a cup of Starbucks, a quick once over with a Chi hair dryer, a burger from the grill, and oxygen to be on the safe side. Sean visits her room, convinced that she should just stay put and rest. There’s no need to attend a party when you’re in grave danger of half your toes falling off. But Tierra will not miss out. She will come back from near death and wreak havoc on anyone in her path. She’s a lone wolf in the wild and can’t be tamed.

Old Lady AshLee calls her out for being dramatic and using her face to convey rude behavior.

Tierra: “That’s my face! My eyebrow raises because I don’t have it chock full of Botox. I can’t control my eyebrow 24/7. My parents warned me that you would try to take my sparkle. But you won’t. YOU WON’T TAKE MY SPARKLE.”

Tierra sobs air, careful to smear her mascara, as she drones on about the unfair process. Sean looks her in the eye and tells her that it’s probably best that she goes home because this particular journey to find love just isn’t a good fit for her emotions.

Tierra’s twenty minute showcase doesn’t do her villainess justice. This was a big moment in 2013. We stood. We rejoiced. I almost dropped my computer. We took pictures to remember the moment. The neighbors called to complain. The earth shook. Twitterverse shut down. A collective Bachelor Nation virtually high fived Sean for the most forward-thinking decision made in show history (at that time).

Team Bachelor makes Catherine stand out in the middle of nowhere for her one-on-one. Just as blizzard conditions begin to contribute to muscle mis-coordination, Sean arrives in a massive snow bus. A snow bus that he was driving.

I found this extremely attractive back then and now.

So did Catherine. She didn’t care that he made her put on a red onesie so they could go play on a glacier during whiteout conditions. It made no difference that small beads of jagged ice kept pelting her raw face. She would stop at nothing to make snow angels and do front flips on the rock hard earth. Succumbing to wind burn is for quitters!

Next up, Sean meets Catherine in her hometown of Seattle wearing the tightest pants I’ve ever seen on a man. And I’ve been to an Aerosmith concert. One can only assume they are from the Chris Harrison line for men. Catherine goes a different route and wears Pilates pants. I found this odd. Perhaps she prefers catching fish one-handed at Pike Place Market with a pant that offers a little more give? One can’t be sure.

Then they head to Thailand for their last date. They sit down for some non-eye-contact quality time and discuss how she’s ready to make the trek from Seattle to Dallas because they are MFEO. I may have cheered when they both did a back flip off of a boat into the ocean.

Catherine reminds Sean that she can be serious, but he assures her that her silly and weird side is something that he finds extremely attractive. To prove it, he sticks his tongue down her throat as he pushes her up against the mast in the middle of a rain storm.

At dinner, Sean asks Catherine where she will be in five years. She answers that they will be married, probably with a kid, and very happy.

ABC would like you remind you once again that this show works.

Sean drops to one knee beside the Pier One rose pedestal and tells Catherine that he wants to spend the rest of his life with her. Then he pops the question and they live happily ever after entertaining me on a daily basis with their social media posts.

Every night I thank the Lord for my beautiful family and all of his blessings, and then I ask him for one small request- please don’t let my kids ever find out how mommy and daddy met.

Just realized you were recapping the Bachelor condensed season shows. Keep them coming! You always make me laugh!

I had never seen Sean’s season and this was great! Everything shrunk down into three hours. What a nice guy Sean is. We need more Bachelors like him. I liked seeing how the contestants are doing currently. Beautiful families. Proof that there is light at the end of the tunnel and that things do work out!

I really thought that these older shows have more “quality” people and more “quality” conversations!!! This was sweet, and refreshing compared to the latest seasons

Love your recap of the recap! We miss the podcasts with Some Guy. Was wondering what you thought about Peter and Kelley? Why are they living with Barb?

And this question pertains to Kaitlyn’s episode (June 15) – did you see something funny under Chris Harrison’s desk??

I have been avoiding the repeats, but after reading your recap, I might just tune in–well, replay on DVR–the 90 Day Fiance franchise is every bit the trainwreck the Bachelor is. 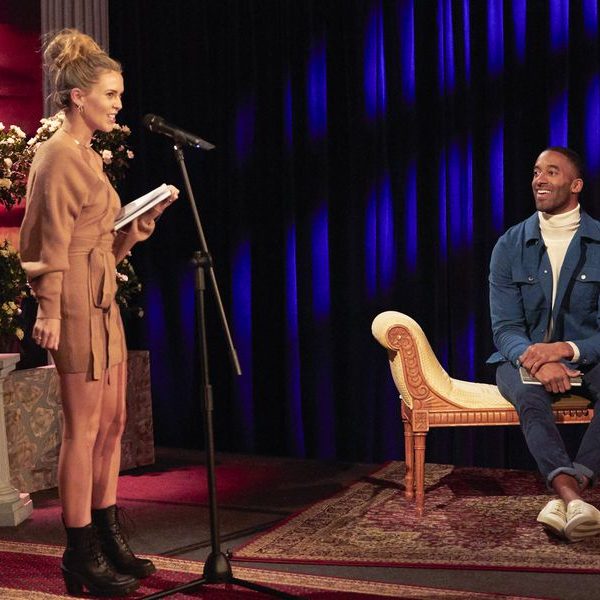 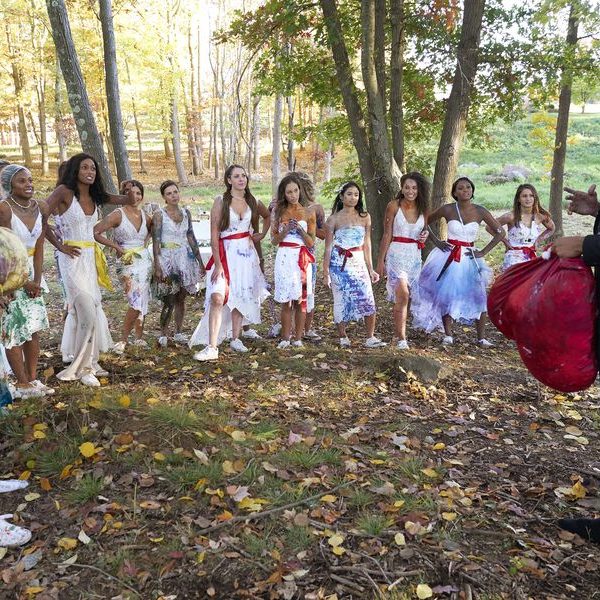 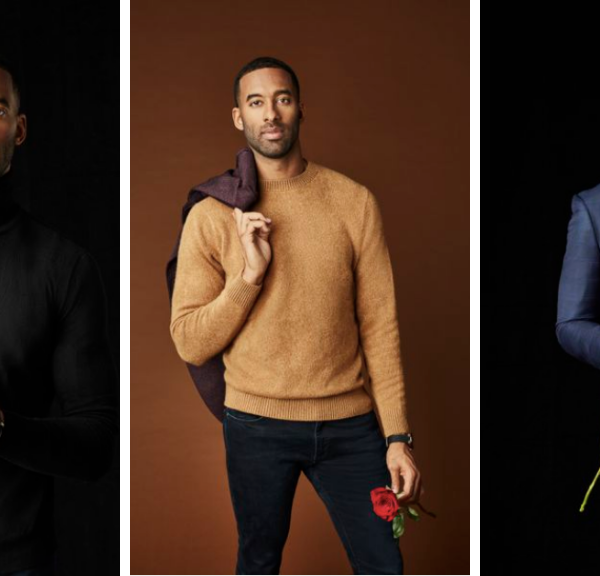