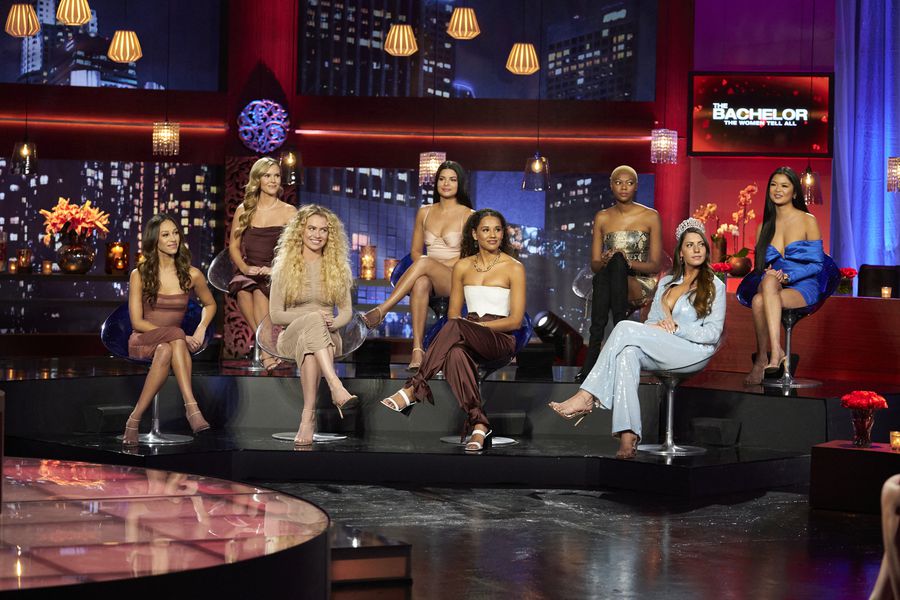 As with most Women Tell All episodes, I prepared myself for a night full of ruffled feathers and consuming a stiff drink in anticipation of a long episode that could easily have been culled to twenty-five minutes of important information.

What I didn’t expect was the power to go out for three hours, forcing me to retreat to the only other person in my life who still has regular television and a DVR. I want to thank Todd for being a delightful backup. You are the wind beneath my wings.

I’d also like to thank the amazing folks over at Last Night’s Game for sending me the most ADORABLE personalized Oreos with the iHateGreenBeans logo proudly surrounded by sprinkles. To say these people know my love language is an understatement.

Once I finally polished off two (or four) Oreos and settled myself in front of Todd’s big screen, it occurred to me that the feel of this season’s WTA was off. There was a palpable vibe that I sensed through the airwaves. The best way I can describe it is that everyone felt on edge. There was no humor. There may have been a handful of light moments. And all of the women seemed to want to be anywhere else rather than socially distanced, sitting on clear acrylic chairs in an empty studio near Burbank.

Here’s what we learned:

Why oh why has the franchise devolved into drama? What ever happened to … uhhh … romance? Fun? A show that is enjoyable to watch?

I agree. I only watch to be able to read the recaps. I’m so tired of all the fighting. ABC used to have one good villain to spice things up and the rest of the focus was on trying to figure out who would get the final rose.
I’m also not into Matt as the lead, I think they should have had Mike Johnson. That smile and those eyes. Matt seems like a nice guy but I don’t find him sexy.

I agree. There was no joy in the room. Perhaps it was the lack of a live audience. Perhaps the women were afraid to speak because they feared offending someone or having their lives destroyed by a Twitter mob. I’ve watched The Bachelor for 15 years but this is probably my last season. I will definitely not be watching ATFR.

Same thing I was thinking. This season has been mean. Both on the show and off. I think it may be the beginning of the end for the series. OHCH comes across as genuinely caring about these people, his work and doing the right thing. I’m sad by what has transpired. I probably won’t watch any more for all of these reasons.

Same here….what a debacle that woman has caused.

Bullshit you will watch

I’m not watching either…heaven forbid anyone say anything these days. “She” did Chris really wrong. I hope she is happy.

If you’re talking about Rachel Lindsay your reaction is truly disgusting.

Am I the only one mystified by Serena C’s dress??

Why do attractive women want to be half naked on national television? Gross…..

The bach has officially had all remaining fun sucked out of it. Everything and everyone has gone overly dramatic and political. I get that people can sometimes say and do things that are offensive to others, and it’s not good… but we’ve now gone from telling those people off and forgetting about it, to publically destroying their lives and then making everything about that. I won’t be watching ATFR because it’s bound to turn into a public lecture on morals and values, which I’ve had more than enough of already. Frankly, Lincee’s recaps are the last morsel of entertainment left… Read more »

B.S you will watch, you aren’t capable of not watching. Oh so sorry people are being called out for racism, does that offend you?

Two strange comments from you. ??? In any event, it’s a show which may have run its course. Perhaps and probably because of the producers/showrunners who have taken it far beyond its original premise of ‘’finding love forever after.’’ Most of the girls/women chosen seem to be total opportunists who want to score their place as media marketeers or social provocateurs. And by the way, when did nastiness become a positive trait? Where are all the genuinely nice women who deserve their chance to maybe find a good guy? And vice-versa. There are super people out there and why can’t… Read more »

Just to clarify…there were some truly lovely women on the show and we didn’t see enough of them. But the show seems to only want to spotlight the pot-stirrers. For most of us, this is not what we’re looking for.

Seriously, who is this twit?

No, that does not offend me. But also, I’m not going to make my entertainment revolve around people being racist or anti-racist, or how and how much society should punish the offenders. If you enjoy that, good for you, I guess…

If we want to talk about racism and being offended we turn on the news or scroll twitter! We don’t watch The Bachelor religiously for the past 20 years. It’s a total escape. I watch every minute of every episode – Paradise, Bachelor, Bachelorette, etc etc etc. They have come to a point where it’s lose lose. Chris H comes back – people will be pissed. He doesn’t come back – people will be pissed. Rachel L keeps preaching and getting offended, but WHAT DOES SHE WANT?? What will satisfy her? Black lead and contestants from here on out? How… Read more »

Perfectly said Rosa!! Just give us our mindless entertainment!

Thank you, Rosa. Hundo!
I am tired of Rachel. Her 15 minutes with me are over.

Well said. I knew I did not watch her for a reason.

It isn’t that woman’s place to call anyone out, and furthermore Chris was NOT being racist. Get over yourself. Who are you to tell someone what they will or will not do.

If you don’t understand why there’s an issue with the things Chris Harrison said, then you have a lot of learning to do and that’s okay. It’s not okay that you’re racist (you are, you literally couldn’t make it more evident) but it’s okay to admit you are and that you could be better and take steps to learn. That’s all anyone is asking of anyone. Y’all get so mad about “cancel culture” when it’s really just “actions and words have consequences” culture, but people of privileged race never had to face them before.

I really don’t think it’s your place to tell anyone that they are racist, especially people YOU DON’T EVEN KNOW commenting on this post. We just want a regular show back. Less drama. We want to mindlessly watch, then check Lincee’s blog the next day every 30 minutes so that we can laugh about the night’s episode. That’s all! That’s what we want! I’m afraid it’ll never be that way again.

For the record, I have nothing against Rachel L. I actually really liked her as the bachelorette and I feel bad for her because she’s under a lot of public pressure to comment on issues, but then she’s also forced to deal with the backlash. I don’t think she intended to “cancel” Harrison… the problem is the self-righteous Twitter mob that doesn’t really know what it wants. Now they’re dumping on Harrison again because his apology is either “too much” or “not enough” to be genuine. Unfortunately I think this is the beginning of the end for the bach. The… Read more »

Maybe when people stop saying racist shit and doing racist things, people won’t have to talk about it as much.

I still love Katie. If you’re going to make the kamikaze move of outing bad behavior in the house, she went about it the right way by not naming names, and asking him to address it with the group. I think she was motivated by honestly suffering from the mean vibe in the house, and by protecting Brittany from harmful gossip. Period. She wasn’t trying to send anyone home bc of it – which a lot of people do on these shows… and Victoria actually did do that on this season with MaryLynn in an early episode. Matt’s beard was… Read more »

All of that! Agree with everything you said, especially about Katie. Oh, and the beard. Matt, please shave.You’re too good-looking to hide your face. I too grew to like Kit and hoped she’d get time to chat with Matt at the WTA since she left voluntarily just like Serena P.

I think the beard could have worked if it was trimmed a lot closer to his face. His haircut being so short just made the beard look way too huge. Plus, seriously – we wanna see his cute face!

The beard is horrible.

I wondered who’s blonde head that was! Thank you! 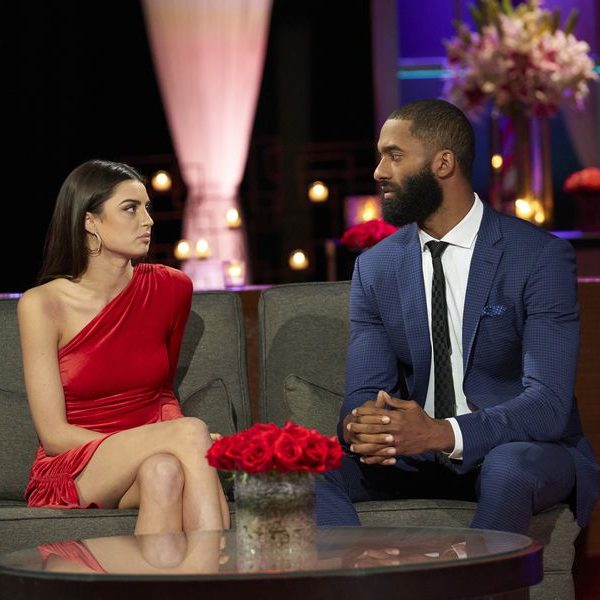 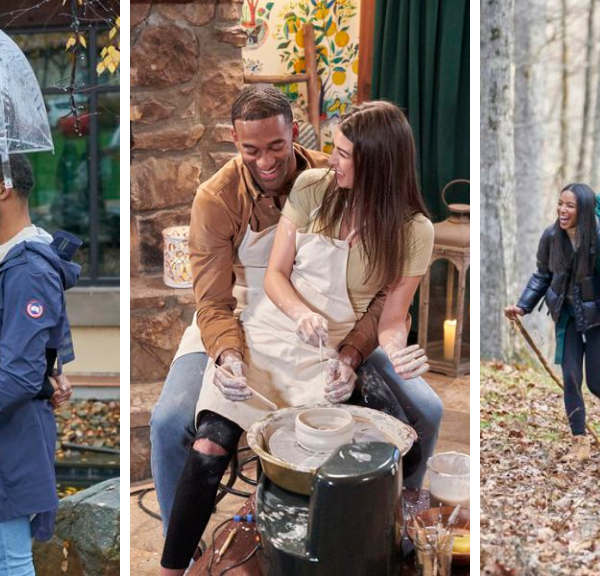 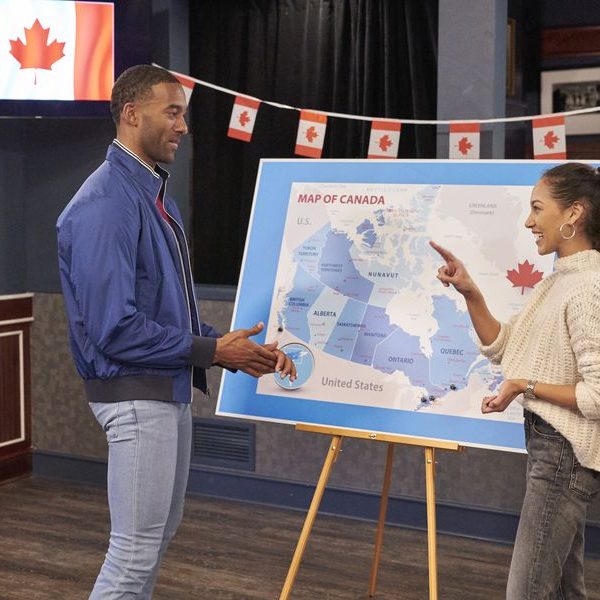