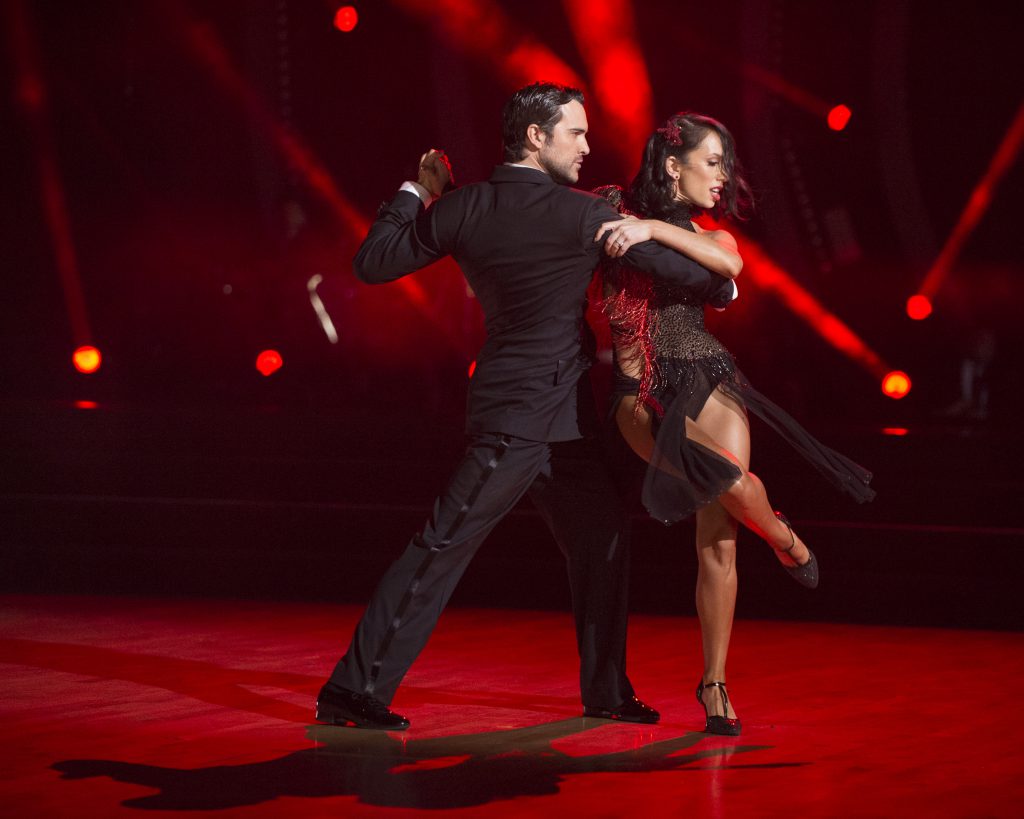 I don’t know what to say. An entire ballroom of Dancing with the Stars fans threatened to rush the stage when Juan Pablo and Cheryl were eliminated during the semi-final round of Season 27. People shouted their disgust, straining to make sure ABC knew they were upset.

Juan Pablo is one of, if not THE best dancer in the competition. And he ends up taking a gracious good-bye bow after Tom Bergeron announces that he and Cheryl are out. Many took to Facebook and Twitter to voice this injustice. How can it be?

I’ll tell you how: This show is not about being the best dancer. It’s a popularity contest that thrives on social media followers and publicity stunts.

It doesn’t matter that the judges are mad. And I have no idea why everyone is blaming the show or the network. The outcome of this contest is in the hands of the voters. And the voters all listen to the Bobby Bones show.

Bobby knows that he’s not the best dancer. But he also understands that this is a competition. A competition that pays a lot of money to its winners. A competition that catapults its contestants into an extra fifteen minutes of celebrity fame — and sometimes more. (Bobby Bones has already secured a deal with American Idol, also on the ABC network.)

So let’s just assume it makes sense that Bobby ended up in the top four. Why wasn’t Juan Pablo there with him? I personally voted for him each and every week after I halfway fell in love with him after interviewing him on the phone for InStyle (shameless plug). Aren’t other people voting for him because he’s the best? The guy received two perfect scores this week!

Not necessarily. I think “best dancer” scores are probably going to Milo, who is also in the finals. He’s young. He’s cute. He can dance. People like Witney. He has the power of the Disney Channel tweens behind him. It makes sense.

Okay then, what about Alexis? She’s good, but not better than Juan Pablo, right?

Of course. But she’s got the “love connection” with Alan that has romantics swooning each time they float around the ballroom. I use “love connection” in quotes, because after watching Alan’s facial expressions, I’m convinced this is a publicity stunt. He does not like her the way she likes him. I stand by that statement.

This brings us to Evanna. She’s the dark horse who tango’d her way into the semi-finals, causing Keo to break down into tears because he’s never been there before. But where do her votes come from? Are the Harry Potter fans that mighty? Does she have an international vote that I’m not considering?

I think the answer is that Evanna is good. And she’s one of the contestants who plays by the rules, openly admitting that this is hard, but she’s trying to take it one day at a time. We can see her growth. We can watch her confidence bloom. People like that.

Compared to the remaining couples in the semi-finals, Juan Pablo was relatively unknown unless you watch Fuller House. He’s extremely talented, but he doesn’t have the social media following like the others.

Juan Pablo has 345 thousand followers on Instagram. That number’s nothing to sneeze at, until you learn that Milo has 1 million and Evanna nearly has 2 million. Of course no one compares to Alexis who has 12.9 million. Trust me when I say that makes a difference.

Yes, Juan Pablo deserved to be up there and he would still be there if dancing was the one and only factor. Fortunately, he was not alone in his farewell party. Grocery Store Joe was there, too, although no one really cared.

Ten bucks says Jenna was secretly ecstatic that she doesn’t have to do anything else.

So who will win next week? I have a theory.

I think since everyone was so upset by Juan Pablo’s elimination, the “true dancers” who watch this show and the people who think it needs to be a good dancer with that Mirror Ball Trophy in his or her hands at the end will go above and beyond to vote for Milo. And because Bobby Bones has the system figured out, his fans will get him to the final two. I think Evanna and Alexis will be in the bottom, since they’ve been in the red light of doom on more than one occasion.

And now that I’ve rambled on for half a recap, I give you the two best dances of the night. There’s no need to watch any others.

Well done, Juan Pablo and Cheryl. You both are winners in my book!

A total shocker but I completely understand what you are saying and the show, unfortunately, is more a popularity contest than a dancing contest. Especially now with the big influence of social media. That said, I hate the fact Joe lasted as long as he did and that Bobby Bones is in the finals.

I knew Bachelor Nation was strong out there or Grocery Store Joe would not have been in the semi-finals. BUT I really thought the viewers of DWTS would recognize great dancing when they saw it. Shock doesn’t even cover my reaction last night. I gasped. It was injustice to a couple who deservedly received perfect scores. I am rooting for Milo who is a good dancer but is not Juan Pablo.

Disappointed Juan Pablo went home. I would have loved to see what Cheryl would have come up with for the freestyle.
Never been of a big fan of Keo, but I am such a sucker for a man who cries from emotion. He got me to feel for him.
I agree Jenna was glad it was over, and Joe too. He did improve a little though….
It is Milo’s mirror ball to lose now.

It was a complete shock! They got robbed. Though I did think that GSJ did much better this week. On an unrelated topic, but fyi to Lincee, did something happen to your homepage on your website? Looks like it is broken and half way displaying mobile view when on desktop (Chrome and Safari).

Both of Juan Pablo’s dance were incredible. His intensity on the Argentine Tango sold me. And then the choreography, him catching Cheryl with the back of his leg was incredible. So sad to see he’s out. Despite the fact GSJ struggled mightily, I think he was SOOOO improved and I really like the guy still. Hope to see him show up on something else.

Will there be an elimination half was through next week?! And then a dance off for the final 2, more votes and then a reveal?!

I’m a dancer and I was obsessed with Juan Pablo, but I never voted for him because I always assumed he’d make it through since he was the best dancer. SO glad GSJ is finally gone, and he looked like he was glad too! This has been a weird season, for sure. People know how to play the game.

I have always believed that the producers of the show pick the winner. Just like all of these other ‘the people vote’ shows, there is ZERO accountability from the networks to prove that the vote of the viewers actually count. They want drama to get viewers!! And they got it! If that’s not the case, then I agree, it’s totally a popularity contest…just look at Grocery Store Joe! 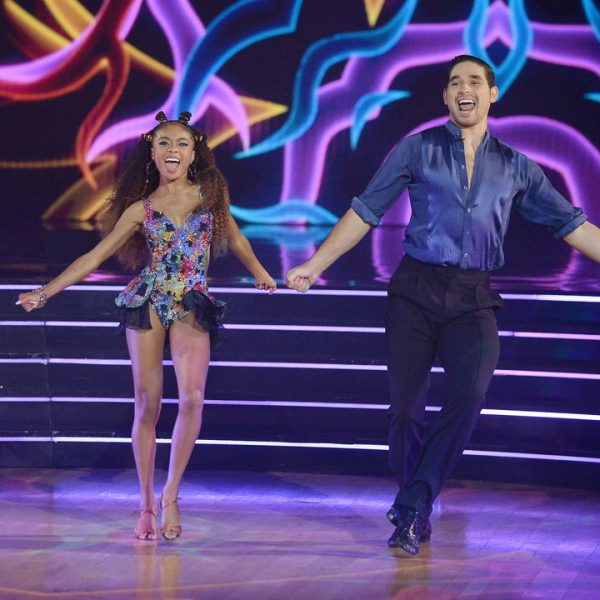 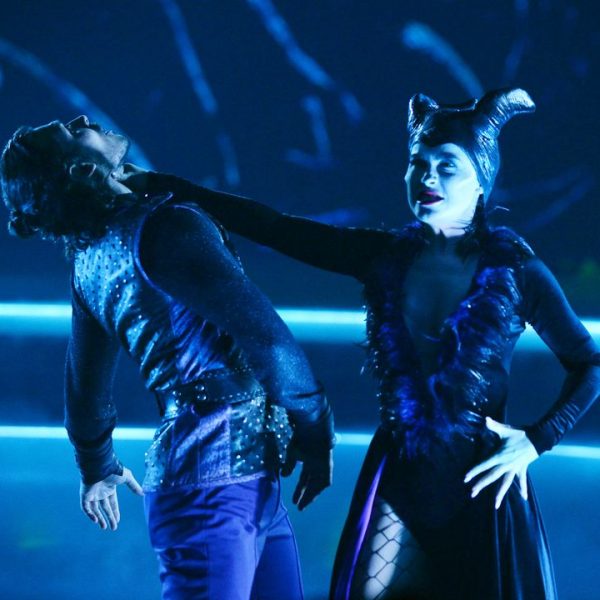 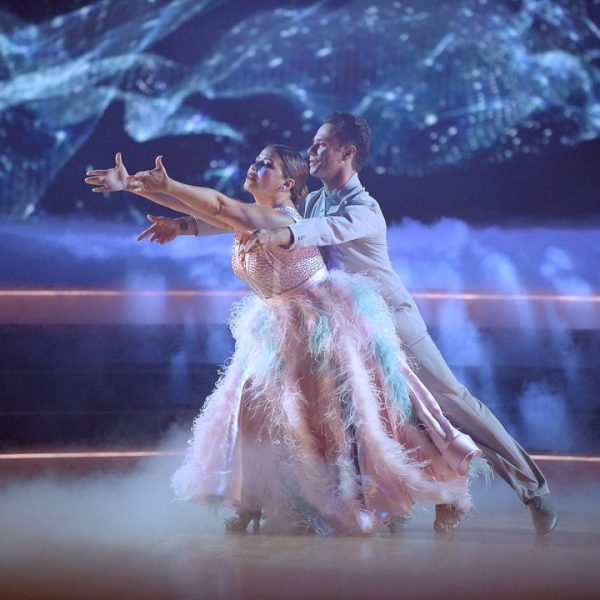